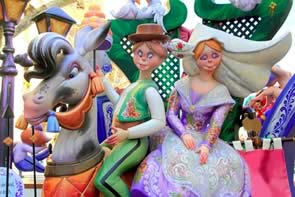 How Popular Is My Name And Other Trivia

You may have already answered your question: “How popular is my name? And, you have to learn other things about names, as presented below:

What are the most popular US names for either gender for the past two decades (1991-2011)?

What is it that is in your name?

You may even be amazed regarding your name elements or the derivative piece of your name. Some of the etymological elements from the German language are: “alf” for “elf or supernatural being” as in Alfred, Alvin; “bert” for “famous or bright” in Albert, Hubert, etc.; “hard” for “hard or brave” as in Richard, Gerald; “her” for “warrior or army” as in Herbert and Herman; “stein” for “stone” in Einstein and Halstein. For names from the Semitic language: “bar” meaning “son” in Barnabas, Bartholomew, etc. From Greek names: “andr” for “man” like in Andrew, Leander, and others; “arist” for “best” as in Aristotle, Aristides; “laos” for “people” such as Nicholas, Hermolaos; “ope” for “voice” in Antiope, Opel. For Celtic in origin: “dun or don” for “brown” as in Duncan, Donna; “mael or mal” for “disciple” as in Malcolm, Maeleachlainn. And, there is lot more from various languages such as Slavic, Indian, Latin, Scottish, French, Russian, etc. If you want to know what elements in your names were derived from a particular language, try to search the Internet. It is really not just about answering the question: “How popular is my name?”
END_OF_DOCUMENT_TOKEN_TO_BE_REPLACED

Tags: how many have my name, how many of me, how popular is my name, name popularity, name trivia, us census