How Popular Is My Name And Other Trivia

You may have already answered your question: “How popular is my name? And, you have to learn other things about names, as presented below:

What are the most popular US names for either gender for the past two decades (1991-2011)?

What is it that is in your name?

You may even be amazed regarding your name elements or the derivative piece of your name. Some of the etymological elements from the German language are: “alf” for “elf or supernatural being” as in Alfred, Alvin; “bert” for “famous or bright” in Albert, Hubert, etc.; “hard” for “hard or brave” as in Richard, Gerald; “her” for “warrior or army” as in Herbert and Herman; “stein” for “stone” in Einstein and Halstein. For names from the Semitic language: “bar” meaning “son” in Barnabas, Bartholomew, etc. From Greek names: “andr” for “man” like in Andrew, Leander, and others; “arist” for “best” as in Aristotle, Aristides; “laos” for “people” such as Nicholas, Hermolaos; “ope” for “voice” in Antiope, Opel. For Celtic in origin: “dun or don” for “brown” as in Duncan, Donna; “mael or mal” for “disciple” as in Malcolm, Maeleachlainn. And, there is lot more from various languages such as Slavic, Indian, Latin, Scottish, French, Russian, etc. If you want to know what elements in your names were derived from a particular language, try to search the Internet. It is really not just about answering the question: “How popular is my name?”

What are some of the funniest full names? 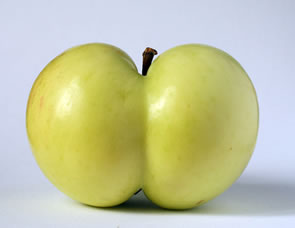 Did you know that there are English names of persons that are really funny to hear with? Examples of these are, as follows: Abbie Birthday (Happy Birthday), Abel N. Willan (Able and Willing), Adam Sapple (Adam’s Apple), Anita Bath (I Need A Bath), Ben Crobbery (Bank Robbery), Ben Lyon (Been Lying), Bjorn Free (Born Free), Bo Nessround (Bonus Round), Carrie Oakey (Karaoke), Dan Geruss (Dangerous), Emma Roids (Hemorrhoids), Gene E. Yuss (Genius), Gladys Eeya (Glad to See Ya), Harris Mint (Harassment), Ira Fuse (I Refuse), Jack Pot (Jackpot!), Liz Onnia (Lasagna), Marcus Absent (Mark Us Absent), and a lot more. Although, you keep asking yourself, “How popular is my name?” can also be a reason for some people to feel happy every time they come to know or remember you.

How common is your forename?

There are many common names and phrases that became part of clichés or our ordinary use of the English language. Examples are, as follows: Adam’s apple, which is in a man’s throat; Betty Boop, which is an old-time comic character; Big Ben, the clock in London; Bill, also means the bird’s beak or buck; Charlie horse for a bruise; Dick for a detective or jerk; Prima Donna for a ballerina, vain, or obnoxious, egotistical individual; Frank for sincere and honest; Old Harry for the devil; John Doe is a person whose real name is not known; Patty cake refers to a game played by clapping the hands; Uncle Sam represents USA; Teddy bear which is a child’s stuff animal; doubting Thomas is someone who is habitually doubtful; Willy-nilly is a state of disorderliness; and, a lot more.

Is your name among the most famous names?

What are the synonyms for name?

Starting from Adam and Eve until now, peoples’ names have their roots from the language people use, originality, stereotyping, tradition, religion, association, and other factors. So, if you ask the same question, “How popular is my name?” it all boils down to “who we really are” and not just the name, which may also turn out to be the namesake of other people – although, it is of primary importance.

Tags: how many have my name, how many of me, how popular is my name, name popularity, name trivia, us census